The Best Places to Run in Ibiza and Nearby Areas 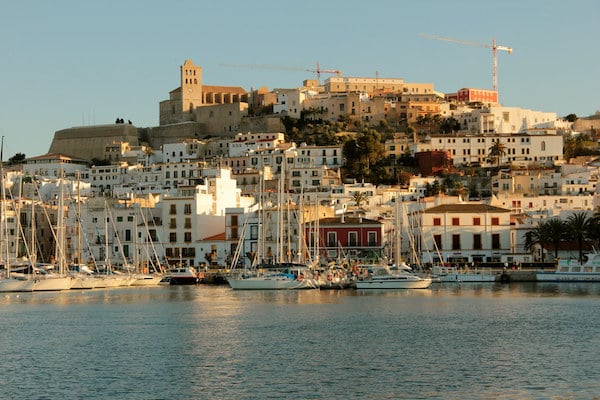 Ibiza is a Spanish island in the Mediterranean sea, one of three Balearic islands. Ibiza has become a popular destination for music and nightlife over the years. But it’s also a very scenic and historic island, with a well-preserved Old Town, numerous beaches, and a pretty countryside. There’s great running in Ibiza, owing to the island’s fantastic weather and abundant scenery, including numerous waterfront promenades, unique routes around old salt marshes, and some trail running in the island’s fertile valleys. Thanks to Donna Warren of Running Ibiza for her help with this guide!

Our guide to running in Ibiza includes Ibiza Town and other scenic spots on the island. In Ibiza Town, our ‘runseeing’ tour includes the Dalt Villa, a well-preserved medieval city, plus adjacent neighborhoods and waterfront routes around the port. There are three waterfront promenades in Ibiza Town: Marina/Bofoc, Talanca Beach and Figueritas. There are also nice waterfront routes in Santa Eulalia, and in Sant Antoni de Portmany on the western side of the island. For unique runs, enjoy paths around salt marshes in Ses Salines, and the fertile valley of es Broll de Buscastell.

Ibiza is not a large island. There are buses in town and between the major villages. For exploring the countryside, a car is needed. Be aware that Ibiza has a very sunny, dry climate and it can be hot and exposed in summer.

Some of our favorite runs in Ibiza, Spain 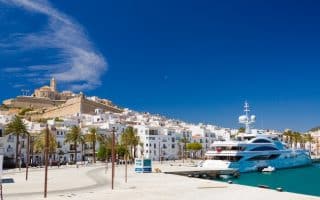 Several pretty waterfront paths in Ibiza. The main Ibiza promenade runs from Torre de vigilància, around the Marina neighborhood, to the Faro de Botafoch lighthouse. Can add path along Talamanca Beach. Just south of old town is a path along Figueritas.
Explore 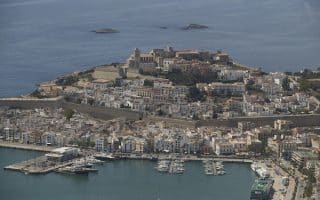 A 'runseeing' tour of some of Ibiza City's highlights, including the Dalt Villa (old town), the scenic Marina and Sa Penya neighborhoods, and, for a longer run, sections of the old and new ports as far as Botafoc or Talamanca Beach.
Explore 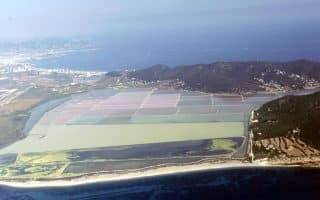 Scenic and unusual run around a series of salt flats, in this National Park and UNESCO Heritage site. Additional terrain including beaches, wetlands, dunes and forests. We've mapped a few route options.
Explore 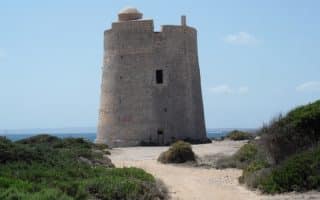 A scenic and fairly flat opportunity for some trail running on the southern part of Ibiza, out to the Torre de Ses Portes. From Salinas Beach to the Torre is 5.5 km out and back. Can be combined with a run in Ses Salines.
Explore 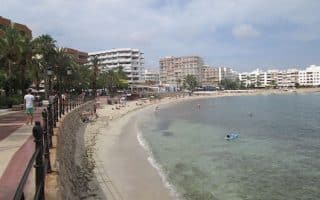 Pretty village located 16 km northeast of Ibiza. There's some scenic running on a ~2 km waterfront promenade, along the beach and around the port. Can combine this with some of the pedestrian-oriented streets in the village of Santa Eulalia.
Explore 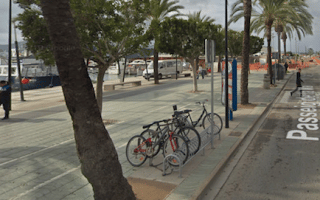 A wide, dedicated waterfront promenade runs for a bit over 3 km, in this lively harbor town on the west side of the island. The scene is festive -- lots of walkers and joggers, numerous bars and restaurants, and some lovely palm-lined sections.
Explore 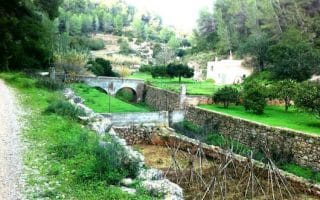 Great opportunity for a natural experience on Ibiza. The Broll de Buscastell area is a state park, consisting of fairly wide trails and dirt roads, in a fertile valley following the course of the "Torrent" of Buscatell. The roads are scenic and quiet for running.
Explore

Several pretty waterfront paths in Ibiza. The main Ibiza promenade runs from Torre de vigilància, around the Marina neighborhood, to the Faro de Botafoch lighthouse. Can add path along Talamanca Beach. Just south of old town is a path along Figueritas.
Explore

Ibiza has a warm, sunny, dry climate — great for running year-round! Summers can be hot and the terrain exposed. Average high temperatures are 30C (mid 80sF), with warm nights. Temperatures are rarely extreme. It is fairly dry. In winter, it can be 15-16C (60F) during the day, and around 8C (high 40s) at night. There’s only 400mm (16 inches) of rain annually, with very little falling June-August.

Ibiza is a tourist spot, so there are plenty of accommodations. If staying anywhere in Ibiza town, you’ll be near our ‘runseeing’ and waterfront routes. Other popular places to stay are Santa Eulària des Riu, and Sant Antoni de Portmany, where we also have running routes!

There are numerous places to shop for running gear on Ibiza, mainly outlets of major chains: Decathlon, Trideport, Intersport, and Oysho.