A Comprehensive Guide to Running in Omaha 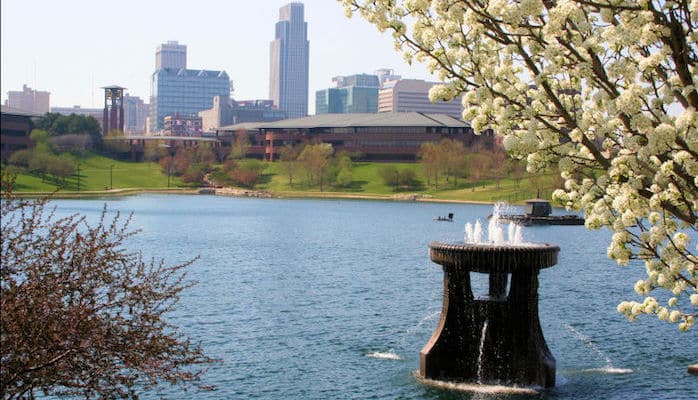 Omaha, the largest city in Nebraska, is a Missouri River-side metropolitan area sometimes known as the “Gateway to the West.” This green heartland on the Iowa border is a hub of both agriculture and industry, with an up-and-coming culture influenced by its University students and young professionals. There is great running in Omaha, from riverfront trails to lakeside paths and some unique spots near the city.

Running options abound throughout Omaha. The grid street system makes it tough to run more than a block without stopping, but there are plenty of off-street options. In addition to the urban trail system spanning across Omaha, there is a spattering of lakes throughout the city that are encircled with both dirt and concrete paths. Favorites for concrete paths include the Riverfront Trail along the Missouri, the long cross-city Keystone Trail, the Elmwood Trail, the Big Papio, and the West Papio Trail. For lakeside loops, check out Zorinsky Lake, Standing Bear Lake, Chalco Hills, and Glenn Cunningham Lake. Those with a little extra time for a run can cross the Missouri River to Council Bluffs, Iowa and take a long run on the limestone Wabash Trail or circle Lake Manawa. Or, they can head south to South Bend, Nebraska for a series of great runs along the Platte River. Although locals say “if you don’t like the weather in Omaha, wait 15 minutes and it will change” most of these runs are fun and accessible year-round.

The most common method for getting around Omaha is car, although the Omaha Metro bus system is quite extensive. The great news is most of our routes can be easily accessed from the downtown areas of Midtown and Old Market, where most of the hotels and activities are located. With so many cross-city trails to choose from, it’s easy to explore Omaha with nothing more than our guide and a good pair of shoes.

Some of our favorite runs in Omaha, NE

At 25 miles, the cement paved Keystone Trail is one of the longest and most popular... more...

One of the most scenic and enjoyable runs in Omaha, featuring the incredible fountains of Heartland of... more... 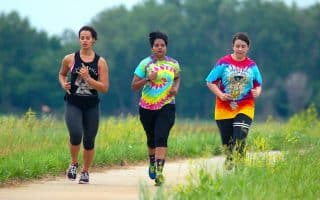 At 25 miles, the cement paved Keystone Trail is one of the longest and most popular paths in the Omaha area. It runs along Papillion Creek until joining with the Bellevue Loop Trail near the Missouri River.
Explore 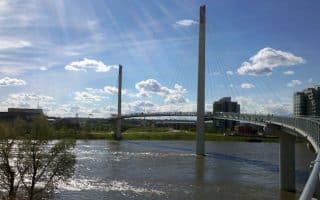 One of the most scenic and enjoyable runs in Omaha, featuring the incredible fountains of Heartland of America Park, views of the Missouri River, and the Bob Kerrey Pedestrian Bridge -- the longest footbridge connecting two states!
Explore 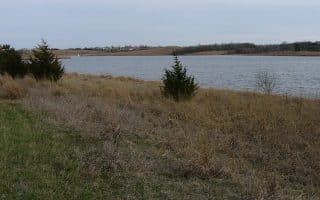 Zorinsky Lake, in the west of Omaha, has a 7.4 mile paved route circling the lake. This route can also be shortened to 4.5 miles by crossing over the 168th Street Bridge.
Explore 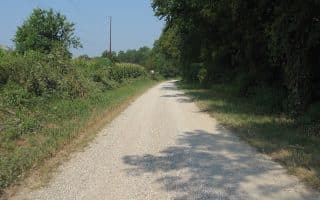 Across the river in Council Bluffs, Iowa, the Wabash Trace Trail is a flat limestone trail that runs over 60 miles all the way to the Missouri border. From the north trailhead to Mineola is 9.6 miles one-way.
Explore 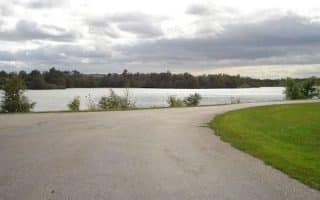 Standing Bear Lake, 10 miles northwest of the city center, is home to a 5 mile concrete path wrapping around the reservoir.
Explore 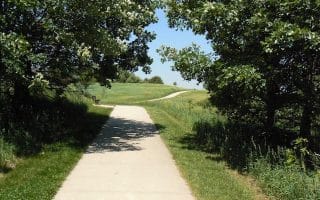 Chalco Hills Recreation Area is one of the top spots in Omaha for athletics and wildlife viewing. There are 7 miles of trails, including a 5.7 mile dirt and paved path around Wehrspann Lake. One of the better spots in the area for hill work.
Explore 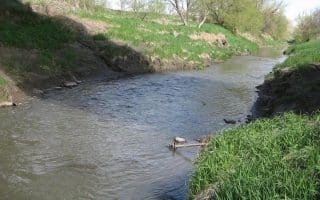 Bordering the Big Papillion Creek for nearly 10 miles, the Big Papio Trail starts in Hefflinger Park and runs south to Seymour Smith Park where it connects with the Keystone Trail.
Explore 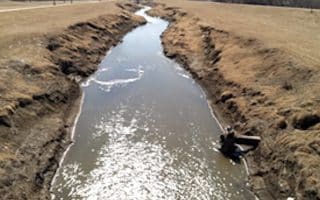 The 13.25 mile West Papio Trail, which runs from Huntington Park to Papillion, is considered one of the most scenic running routes in Omaha.
Explore 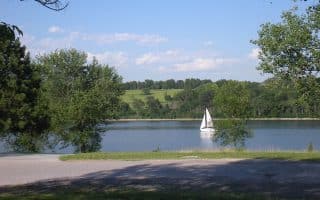 This large reservoir in north central Omaha has numerous dirt and asphalt paths. Our route covers the 6.7 mile trajectory of the Feast and Feathers Thanksgiving race.
Explore 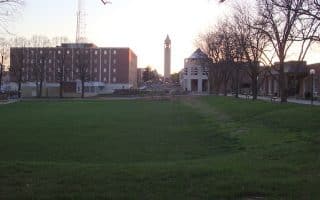 A great 5 mile run, meandering through Memorial park and the Omaha Rose Garden, Elmwood Park, and the University of Nebraska campus (north and south). Enjoy this trail on its own or as an add-on to the Keystone Trail.
Explore 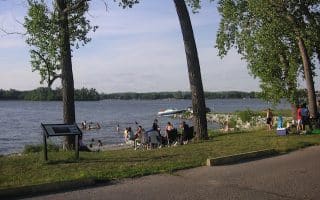 Another gem of nearby Council Bluffs, Iowa, Lake Manawa is a large property of the Iowa Department of Natural Resources with several miles of asphalt trail for biking and running. The Lake Manawa bike path is 6 miles one way.
Explore 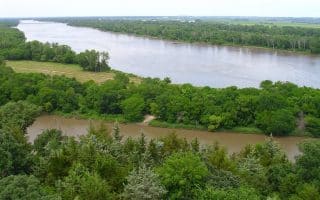 At 25 miles, the cement paved Keystone Trail is one of the longest and most popular paths in the Omaha area. It runs along Papillion Creek until joining with the Bellevue Loop Trail near the Missouri River.
Explore

One of the most scenic and enjoyable runs in Omaha, featuring the incredible fountains of Heartland of America Park, views of the Missouri River, and the Bob Kerrey Pedestrian Bridge -- the longest footbridge connecting two states!
Explore

Omaha is a place of big weather variations, with cold winters and hot summers. In the height of summer, average high temperatures climb to near 90F (31C), although it does cool off reasonably at night. In winter, average nightly lows dip into the teens (-12C), with high temps around freezing. Fall and spring offer more moderate temperatures. Winters tend to be quite dry, with occasional snow. Summers are rainier often coming in the form of thunderstorms. In the spring, keep an eye to the sky as thunderstorms can be severe.

Most lodging in Omaha is situated around Midtown and Old Market. Find info on VisitOmaha.com.

Peak Performance has several locations throughout Omaha. They are super helpful with route advice, and each store hosts group runs and running happy hours at least once a week. Group Run Calendar

Fleet Feet Sports also has an Omaha location and a running club which meets Wednesdays at 6:30 pm. Their staff is incredibly knowledgeable with routes as well!  Group Runs Calendar: http://www.fleetfeetlincoln.com/calendar

Check out the Omaha World Herald’s article on upcoming races to watch out for.