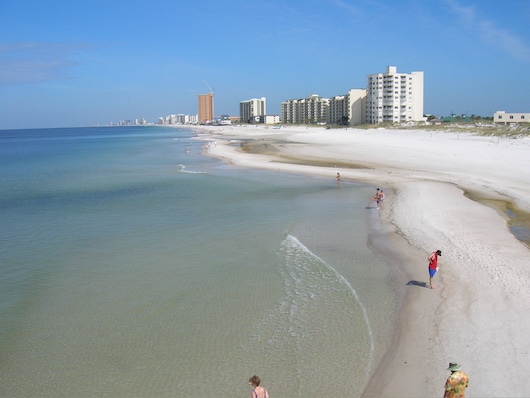 Panama City is located in northwest Florida, part of what’s considered the ‘panhandle’. The area is popular for the sugar-white sand beaches of Panama City Beach and surrounding beaches. Our guide to running in Panama City Beach is a continuation of our coverage of nearby Pensacola, Mobile, and Tallahassee. Many thanks to Aurélie Vilmer, who inspired several of these routes!

The highlight of running in the Panama City area is the beaches, which stretch for some 40 continuous miles toward Destin. They’re wide and feature reliably compact sand near the water. Another lovely, less developed beach spot for running in the area is St. Joe Beach and Cap San Blas. In Panama City proper, there’s a decent waterfront run along the bay, and nice trails and multi-use paths in Conservation Park and Gayle’s Trails. Further west, as an alternative to the beaches, we love running the trails in Point Washington State Forest/Eastern Lake, Topsail Hill Preserve, and the Timberlake Trails in the Destin area. For a longer (but not that scenic) off-road run, the 19-mile Timpochee Trail is a decent option. Runners should also note that Route 30A between Rosemary Beach and Santa Rosa Beach is an option for running. While inland and that not that scenic, it has a sidewalk/bike path well separated from the road.

Runners should note that the area’s weather can be very hot and humid, with high temperatures between 85 and 90F from May to October.

Some of our favorite runs in Panama City & Destin, FL 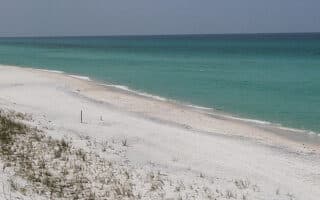 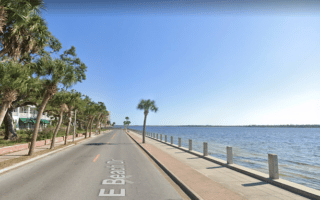 Along the Water
Near downtown Panama City, it's possible to stitch together a pleasant run on waterside roads with sidewalks, with views to Saint Andrew Bay and East Bay. Full loop is up to 10 miles, including Bunkers Cove. Some pretty residential streets as well.
Explore 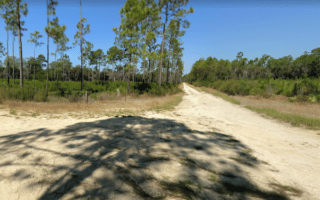 Multi-Use Trails | Trail Running | Rails-to-Trails
The best opportunity for off-road running near Panama City. Conservation Park has 24 miles of trails and 1 mile of boardwalks through wetlands and pine forest. Can connect to Gayle's Trails, a continually developing network of multi-use paths.
Explore 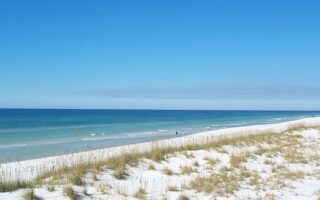 By the Beach | Great Beach Runs
This area is 35 miles west of Panama City, offering some wonderful beach running around St. Joe Beach and miles of undeveloped beaches and dunes around Cap San Blas out to the end of the St. Joseph Peninsula.
Explore 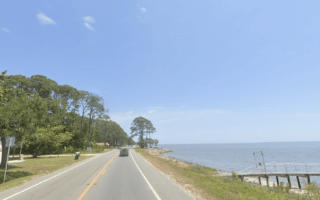 Along the Water
One of the longest, seamless waterfront running opportunities in northwest Florida. Located in Eastpoint, just across the causeway from Apalachicola, Highway 96/30 goes east along the water for 8 miles. Good shoulder and great views of Saint George Sound.
Explore 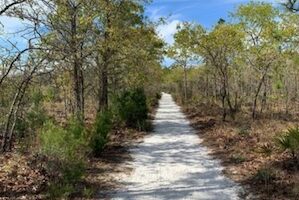 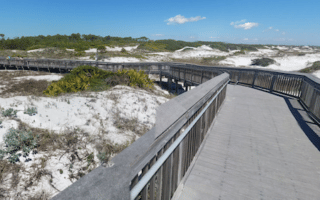 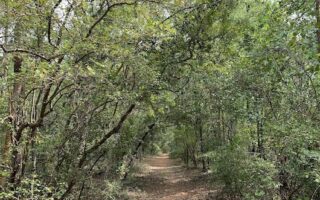 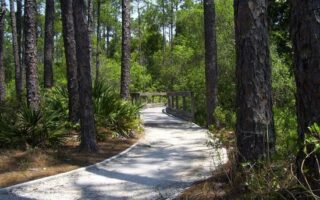 Multi-Use Trails | Rails-to-Trails
For a longer off-road run in the area, the Timpoochee Trail is a good option. The paved multi-use path runs for 19 miles along Highway 30A between Santa Rosa and Rosemary Beach. Not all that scenic.
Explore

Panama City has a sunny climate for running year-round. Runners should be aware that summers can be hot and humid, with high temperatures from 85-90F (27-32C) from May to October, and sultry nights. In winter, highs are in the mid-60s, and nights can dip into the low 40s. Although the area gets some 60 inches of rain a year, much of it is in the form of thunderstorms, which are near daily except in winter.

Panama City Beach is a popular visitor destination, so there’s no shortage of hotels. If you stay near the beach, there will be lovely beach running out the doorstep.