See Also Our Guide to Running in the Provo/Orem Area. 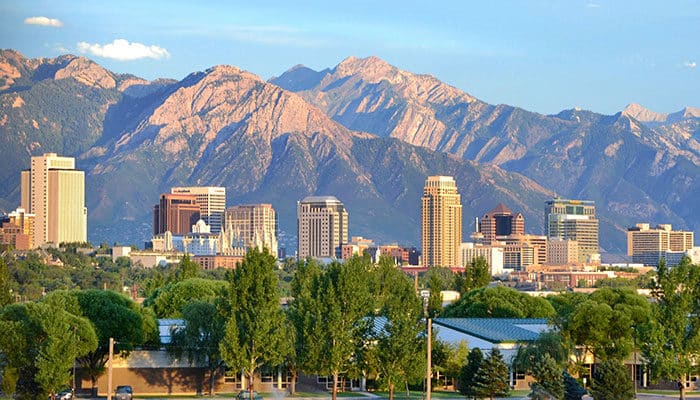 Capital of Utah, the  young and outdoorsy Salt Lake City is a recreational mecca. To its northwest is the Great Salt Lake, and to its southeast are the Wasatch Mountains, containing several narrow glacial and stream carved canyons, and home to some of the world’s best skiing. There’s an excellent variety of running in Salt Lake City, ranging from nice parks and residential streets in the central city to some wonderful multi-use paths, and trails taking advantage of Great Salt Lake. In the mountains nearby, there are fantastic trail running opportunities.

The best places to run in Salt Lake City are around Temple Square, Liberty Park and Sugar House Park, plus some nice residential neighborhoods.  The best multi-use trail in SLC is probably the Jordan River Parkway Trail. The Parleys Creek Trail and City Creek Canyon trails start as gentler multi-use paths in the city, before getting into hillier and more rugged terrain in the foothills. There’s also some scenic (and exposed!)  running along Great Salt Lake, and Antelope Island, plus great options in the spectacular canyons and mountains nearby. See also our guide to running in the Provo/Orem area, just to the south.

Public transportation in SLC is decent and getting better. The TRAX light rail has three lines that run fairly comprehensively downtown, north to the University of Utah, to Draper, the West Valley city, and to the airport. There’s a good bus system. There are also seasonal buses and shuttles to the mountain resorts. SYSTEM MAP

Note: While Salt Lake City itself is flat, it sits at 4200 feet. You’ll feel the altitude and the sunshine. Dress and hydrate accordingly.

Our thanks to Holland Newton, Director of the Virtual Running Club, HQ in SLC, for his help with this guide. See their upcoming races.

Some of our favorite runs in Salt Lake City

A quick escape to nature right from downtown. Pleasant canyon run alongside a creek. A pretty steady... more...

Located in Southern Salt Lake City, this is the “crown jewel” among regional parks in the Salt... more... 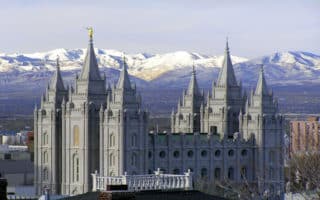 Historic / Tourist | Olympic Sites | Runseeing
This is our SLC "Runseeing" Tour. Within a fairly compact area of downtown, near all major hotels and the Convention Center, pass by the Mormon Temple, State Capitol, Public Library, arena, & major shopping venues.
Explore 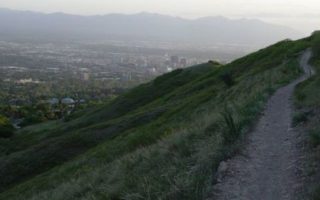 Great Views | Hilly
Located on the east edge of downtown, the Bonneville trail is a well-maintained singletrack that follows the Ice Age Bonneville Lake Shoreline. Hilly, with great views.
Explore 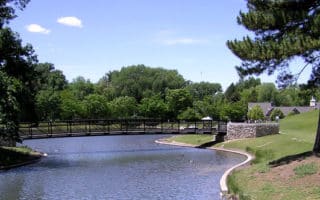 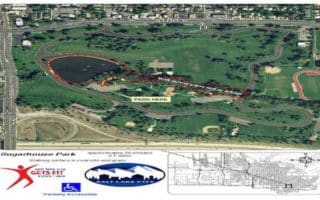 Gorgeous Residential | Parks
A tour of both Liberty Park and Sugar House Park, using some pretty neighborhood streets connecting them, which are ~2 miles apart. Total is 7.5 miles, fairly flat.
Explore 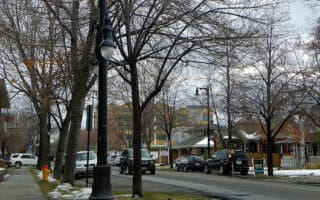 Gorgeous Residential | Fantastic Neighborhoods
There are several wonderful, centrally located residential neighborhoods in Salt Lake City that are great for running. We recommend The Avenues, the area around Liberty Park, including Yalecrest, and the Highland Park/Sugar House neighborhoods.
Explore 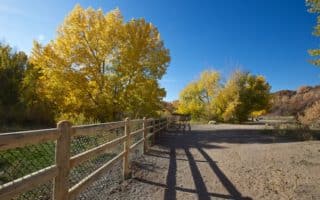 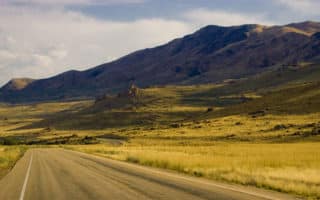 Historic / Tourist | Routes With Videos
The Great Salt Lake sits around several islands, and offers outstanding scenery and recreational opportunities. There are many running options in this area. Antelope Island State Park is among the highlights.
Explore 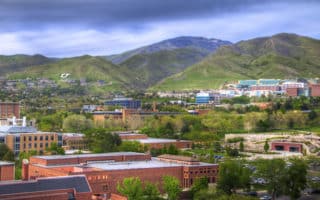 Great Views | Universities
The University of Utah has a beautiful campus with the mountains so close you can almost touch them. One can put together a nice 3-4 miles within the campus or around the perimeter. There are also great trails nearby.
Explore 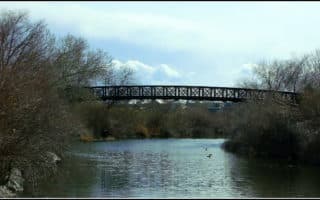 Along the Water | Parks
Located in the western part of Salt Lake City, this paved trail is great for long distance running. This 8.1 mile route follows the beautiful Jordan River, passing through several lovely parks.
Explore 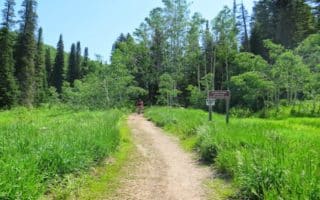 Trail Running
A canyon in the Wasatch Mountains. Great for trail running. Big variety of trails. Hilly and challenging.
Explore 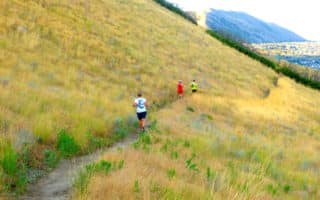 Trail Running
The Draper/Sandy area has 90+ miles of trails. A highlight is Corner Canyon, with 1,100 acres of trails of various length and challenge for running. Connects to the Bonneville Shoreline trails.
Explore 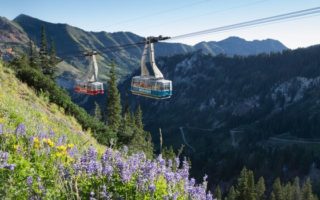 Great Views | Trail Running
Great summer trail running at this famous ski resort 45 minutes from SLC, courtesy of the Snowbird Tram and Preuvian lift. A treat is to run through the 600 foot tunnel into mineral basin.
Explore 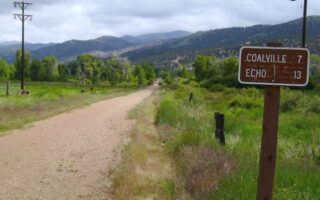 Multi-Use Trails | Rails-to-Trails
A selection of rail trails to the west and north of Salt Lake City, including the Historic Union Pacific Rail Trail, the Denver and Rio Grande Western Rail Trail, and the Legacy Parkway Trail.
Explore ummer thunderstorms. Even on hot days, nights cool off quite nicely. Spring and fall are delightful, with warm days and cool nights. Winters are cold but not frigid. It can snow in Salt Lake City, but not to the magnitude of the nearly 500 inches that fall in Little Cottonwood Canyon only 25 miles away. Still, when running in winter, bring the right clothing and Yak-Traks. Just outside the city toward the mountains, the climate gets different, quickly.

Salt Lake City offers a variety of hotels. Most of these hotels are located in the downtown area, east of I-80 and clustered near Temple Square and the Convention Center. There are good running routes near the downtown hotels, such as Liberty Park, Parley’s Creek Trail, and City Creek Canyon. If you’re looking for something a little more quiet, there are a few places to stay on the outskirts of town, over by City Creek Canyon.