See also our running guides for nearby Panama City & Pensacola 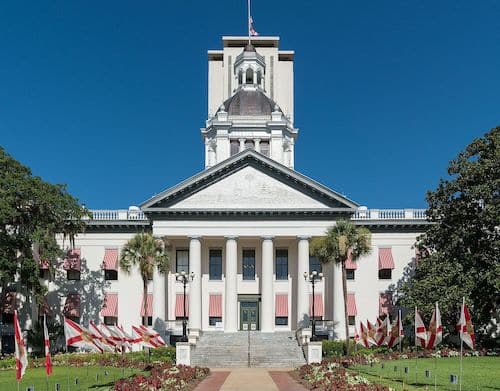 Tallahassee, located in northern Florida, is the state’s capital and eigh largest city, with a population of about 200,000. It’s home to the State Capitol, numerous government buildings, and several universities including Florida State (FSU and Florida A&M.  The scene for running in Tallahassee is surprisingly good. There are several large parks, scenic multi-use paths, and a couple of small lakes.

A great way to get oriented is to take a ‘running tour‘ of downtown Tallahassee, which includes the two universities and the state Capitol. Also centrally located are our Cascsades Park and Lake Ella/Midtown routes. One of the best places to run in Tallahassee is to the path from Tom Brown Park to the JR Alford Greenway. For a longer off-road run, choose a section of the 16-mile St. Marks Historic Railroad State Trail. North of the city, there’s great running in Elinor Klapp-Phipps Park, the adjacent Alfred B. Maclay Gardens State Park, and the oaks of the Miccosukee Greenway. We’ve also outlined some of the best residential neighborhoods in Tallahassee for running.

Runners should note that Tallahassee’s summer temperatures are very hot and humid, with near daily thunderstorms.

Some of our favorite runs in Tallahassee, FL

Our favorite run in Tallahassee. A nice park, pretty oak canopy, some lake views, and a pretty... more... 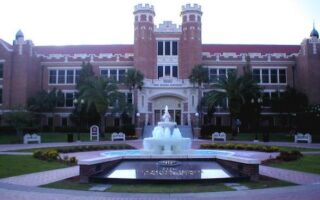 Two university campuses, a state Capitol, and two running tracks -- all in one run! Combines Florida State University, Florida A&M, and Capitol Hill. It's ~8 miles, but can be shortened to ~5 miles by cutting out the Florida A&M section. There are even a couple of hills!
Explore 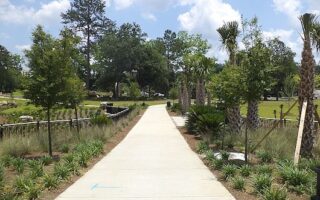 One of our favorite runs in Tallahassee is the 5-mile out and back from Cascades Park to Lake Elberta, using the Capitol Cascades Trail as a connector. Enjoy the 24-acre park and the 3/4 mile loop around the lake.
Explore 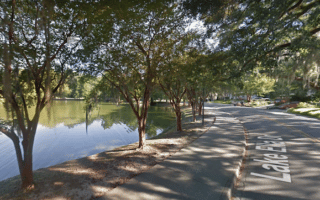 This 5-miler is an exploration of the highlights of Tallahassee's Midtown area, including a loop of Lake Ella, Lafayette Park, and some pleasant residential streets. There's even some elevation on this route!
Explore 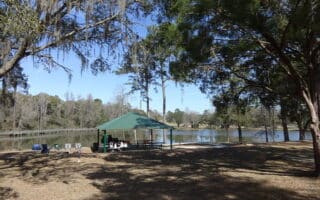 Our favorite run in Tallahassee. A nice park, pretty oak canopy, some lake views, and a pretty open pasture, all in one run! It's up to ~5 miles one-way from Tom Brown Park to the JR Alford Greenway on a gravel path.
Explore 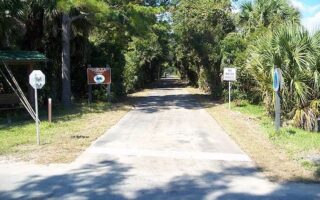 A good opportunity for a long, off-road run in Tallahassee. Paved multi-use path follows an old railroad bed for 16 miles south to the coastal town of St. Marks. Not the most scenic, but a good way to rack up some miles.
Explore 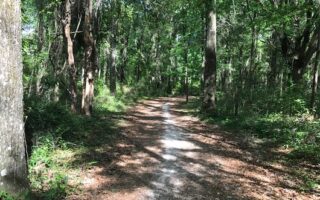 A great opportunity for a fairly easy trail run beneath a canopy of oaks. The greenway is a linear park off Miccosukee Rd. between Fleischmann Rd. and Crump Rd., consisting of some 17 miles of trails. The one-way distance is ~7 miles. Great shade option on a hot day!
Explore 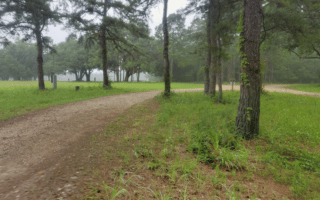 This 670-acre park on the eastern shore of Lake Jackson in northern Tallahassee has something for every runner: easier multi-use paths with up to 7 miles of marked loops, and many more miles of wooded, narrower and more rugged trails for trail running.
Explore 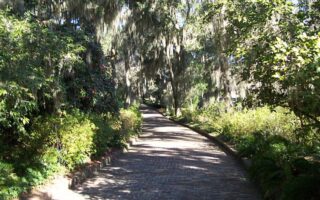 Located in northern Tallahassee and adjacent to Elinor Klapp-Phipps Park. Beautiful gardens around Lake Hall with walkways, and 6 miles of shared use trails winding through the woods surrounding Lake Overstreet.
Explore 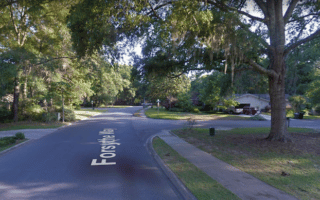 Our favorite run in Tallahassee. A nice park, pretty oak canopy, some lake views, and a pretty open pasture, all in one run! It's up to ~5 miles one-way from Tom Brown Park to the JR Alford Greenway on a gravel path.
Explore

Tallahassee has a humid subtropical climate, with plentiful sunshine. Runners should note that Tallahassee’s summer temperatures are very hot and humid, with high temps averaging near 90F from May through September. Winters are drier and delightfully mild to warm, though you might need a layer at night and the early morning. In summer, there are near daily thunderstorms/downpours.

Fleet Feet is the main dedicated running store in Tallahassee. They have lots of group runs, training programs, and community events.