A Comprehensive Guide to the Best Places to Run in Vilnius 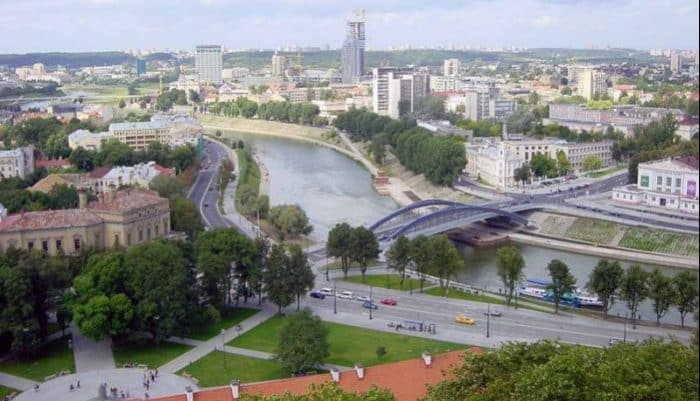 As the capital and largest city of Lithuania, Vilnius is one of the most significant cultural, economic, and historical centers in the Baltic States. Vilnius celebrates its 700th anniversary in 2023! Located at the confluence of the Neris and Vilnia rivers in the southeast part of the country, this city of 500,000 people features a large, in-tact medieval Old Town with touches of Gothic, Renaissance, Baroque, and Classical architecture. And while Vilnius has plenty of modern details (including great sidewalks), almost half of the city is preserved in parks and nature reserves. This layout has created numerous opportunities for pleasant running in Vilnius, ranging from tours of the historic town to riverfront paths and multiple parks.

In addition to our ‘runseeing’ tour of Old Town, the best places to run in Vilnius are along the Neris River and in some of the signature local parks, including Vingis Park, Kalnų and Bernadine Parks, Verkiai Regional Park, Pavilnių Regional Park, and some other small parks north of the city. For a special destination run, take the train to Traikai for a waterfront tour of the castles there.

Vilnius is very friendly to public transport with a good system of affordable trolleys and buses. Cycling is also popular due to extensive networks of shareable CycloCity bikes.

Some of our favorite runs in Vilnius, Lithuania 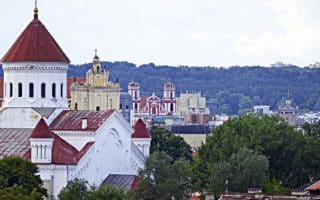 Great Views | Historic / Tourist | Iconic | Parks | Estates and Castles | Runseeing
Our ‘runseeing’ tour of Vilnius hits the major tourist attractions of Old Town and beyond on a 5 km loop over sidewalks and through parkland.
Explore 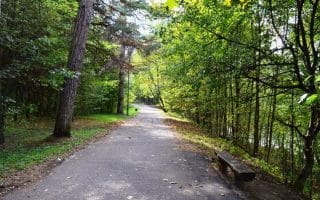 Multi-Use Trails | Parks
A local favorite park along the Neris River, Vingis offers many kilometers of paved paths, including a 5 km perimeter route. The trails are a combination of wooded and some more open trails.
Explore 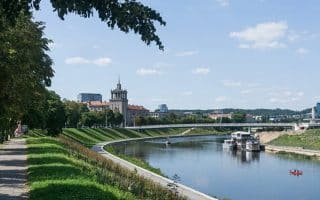 Along the Water | Iconic | Multi-Use Trails | Classic River Paths
One of the finest routes to run in Vilnius, these waterside paths along the Neris River add up to more than 10 km (one way) and connect many of the city’s choice parks.
Explore 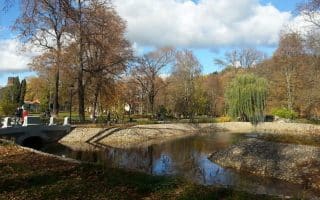 Great Views | Parks
Add together the panoramic vistas of Kalnų Park and the gorgeous botanical gardens of Bernadine Park for a pleasant tour of downtown Vilnius’ prized green spaces. We've mapped a 4 km loop highlighting both parks, or create your own!
Explore 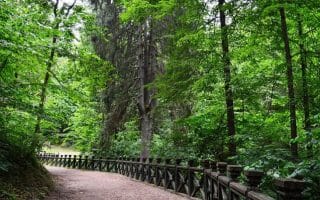 Along the Water | Parks | Trail Running
At 2,673 hectares, this huge park to the north of Vilnius has a running route to suit every need. Our favorite options are loops around the Vilnius Palace grounds and a tour of the Green Lakes.
Explore

Along the Water | Great Views | Parks
Pavilnių Regional Park is a great space for its many gravel paths along the Vilnia River, including the historic and scenic 5 km Pūčkoriai Cognitive Trail. Combination of wooded and open.
Explore 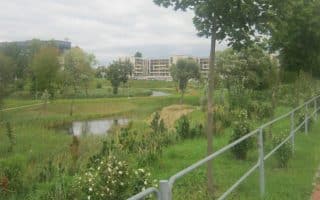 Other Parks North of Vilnius

Parks | Bridges
As an alternative to Verkiai Regional Park, there are some other great green spaces in the suburbs north of Vilnius. Check out the forests and lakes of Šeškinės šlaitų geomorfologinis draustinis, run laps at Ozo Park, or hit the pavement at Jomanto Park.
Explore 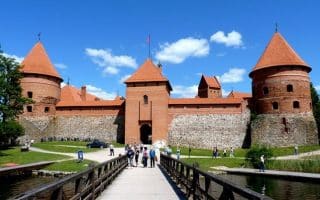 Along the Water | Great Views | Historic / Tourist | Multi-Use Trails | Bridges | Estates and Castles
Hop on the train to Trakai for this 7.5 km tour of the island and its stunning waterfront castles. The waterside paths and sidewalks leading around Lake Galvė to the Trakai Peninsula Castle and Trakai Island Castle are quiet, scenic, and well-maintained.
Explore

Great Views | Historic / Tourist | Iconic | Parks | Estates and Castles | Runseeing
Our ‘runseeing’ tour of Vilnius hits the major tourist attractions of Old Town and beyond on a 5 km loop over sidewalks and through parkland.
Explore

Along the Water | Iconic | Multi-Use Trails | Classic River Paths
One of the finest routes to run in Vilnius, these waterside paths along the Neris River add up to more than 10 km (one way) and connect many of the city’s choice parks.
Explore

Vilnius has a humid continental climate, with warn summers and cold winters. Summers are delightful, with high temperatures averaging 23C (73F), with occasional hot spells. Nights can be cool — you might need a layer for early morning runs even in summer! Winters are cold, with temps staying below freezing. Rivers and lakes can freeze. Runners should be equipped with appropriate gear. Precipitation is fairly evenly spread through the year, with some snow in winter. Also note that due to its latitude, winter days are short, while summer nights are delightfully long.

Most places to stay in Vilnius are situated around the walkable, historic Old Town or the modern city center. See Vilnius-Tourism.lt for accommodation information. Try to stay near the river, Old Town, or one of the signature parks if you want to do a nice run right outside your door.

Vilnius has a handful of running stores including chains Sports Direct, Nike,  and Adidas, Sport Point is a good dedicated running store.

There are not many public running clubs in Vilnius that we know of, but visitors should seriously consider taking a trip with Vilnius Running Tours.

Vilnius’ most famous running events are a marathon in September and the annual Christmas Run. You can see more Lithuanian events at marathons.ahotu.com.