A Comprehensive Guide to the Best Places to Run in Wrocław 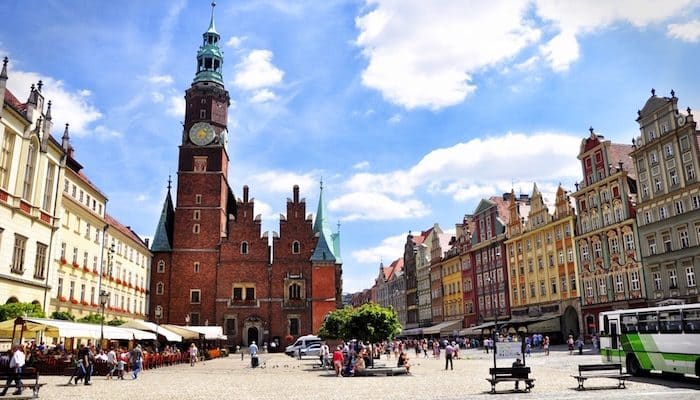 The western Polish city of Wrocław (formerly Breslau) lies along the River Oder in the historic Silesian lowlands, where ever-changing international borders have created a fascinating blend of cultures. As home to the University of Wrocław and several other schools, the city boasts a young and well-educated population, with a focus on museums, arts, and nightlife. It’s also a center of Poland’s economy, with major industries including leasing, transportation manufacturing, and tech. Much of the running in Wroclaw is focused on the numerous rivers, canals, and former moats, with a fair bit of overlap owing to the city’s compact central core.

The best places to run in Wroclaw include paths along the River Oder, the Stara Odra, the Ślęza River, and the Kanal Powodziowy offer the best options. Wonderful parks for running include Szczytnicki Park and Grabiszyński Park. Get the best of all the routes with our Wrocław Runseeing Tour. Many of our routes, especially along the waterfront, can be easily combined and connected for lots of variety.

Central and Old Town Wrocław are easily walkable. Public transportation is a healthy combination of buses, trams, and light rail,  automated by an “Urban Card” system. Taxis are notoriously unreliable and many international drivers licenses are not valid in Poland.

Some of our favorite runs in Wrocław, Poland 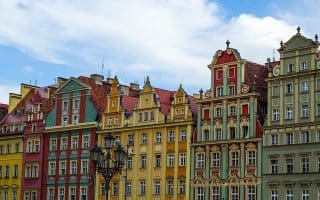 Along the Water | Historic / Tourist | Iconic | Parks | Runseeing
Old Town Wrocław is historic, compact, and pedestrian friendly, making it a great running location to explore the sights of the city. Our 6.8 and 13 km routes visit Market Square, parks, and waterfront paths.
Explore 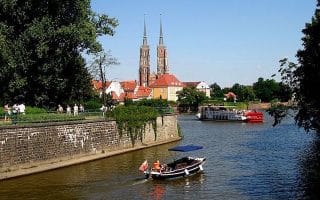 Along the Water | Parks
There are multiple running paths along the River Oder, which cuts through central Wroclaw. Some of the best options begin at Wyspa Słodowa Park and Park Biskupiński, which also hosts a Parkrun.
Explore 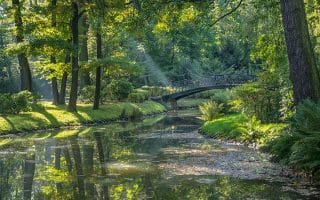 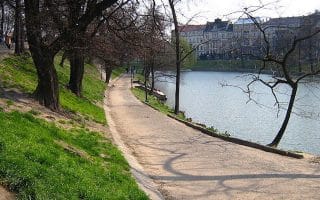 Along the Water | Multi-Use Trails | Parks
The paths along Fosa Miejska, Wroclaw’s former moat, make up a pleasant greenway of up to 5 km out and back. Other good loop options in the park include Powale and bulwar Tadka Jasinskiego.
Explore 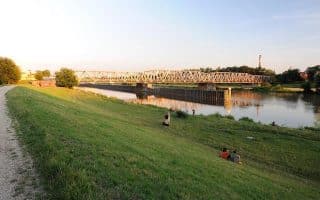 Along the Water | Multi-Use Trails
Stara Odra, a branch of the River Oder, is another top running option with extensive pathways along the levee. We’ve mapped a “Three Bridges” route from the center of town, and one along the Pasterska/Hatzfeld Weg pathway.
Explore 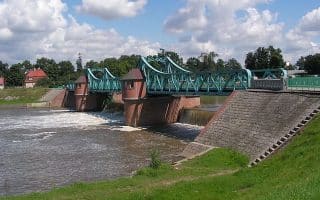 Along the Water
Kanalowa, the dirt trail along the banks of Kanal Powodziowy, is a nice route as an out and back of its own or in combination with the Odra River and Stara Odra paths. A good loop is out the Kanalowa and back along the Folwarczna.
Explore

Along the Water | Multi-Use Trails | Parks
Though somewhat disconnected in sections, the path along the west bank of the Ślęza River, stemming from Millennium Park, is a good bet for a longer run on a dirt and asphalt surface.
Explore

Along the Water | Parks | Trail Running
Pleasant, wooded Grabiszynski Park southwest of Wroclaw center has various running options, including a paved/cement path along the Grabiszynska and connections to the Ślęza River and path to Tysiąclecia Park.
Explore

Along the Water | Historic / Tourist | Iconic | Parks | Runseeing
Old Town Wrocław is historic, compact, and pedestrian friendly, making it a great running location to explore the sights of the city. Our 6.8 and 13 km routes visit Market Square, parks, and waterfront paths.
Explore

Wroclaw has an oceanic climate, with warm summers and cool to cold winters. Summers are pleasant, fairly sunny with average high temperatures in the 25C (76F) range, with cool-ish nights. In winter, daytime temperatures are a bit above freezing, with lows about -4C (24F). There’s precipitation throughout the year, with snow in winter and summer downpours. Note that there can be bad air pollution in winter. 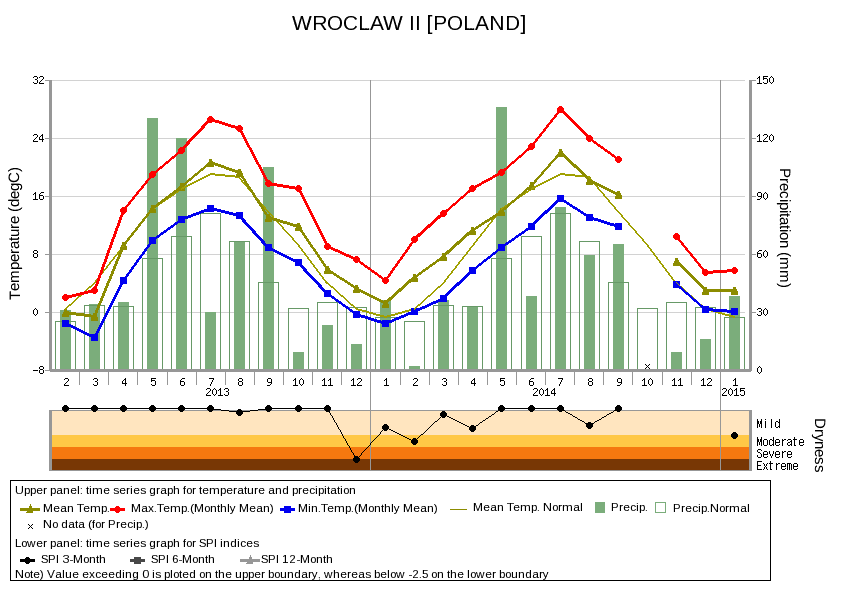 Most Wroclaw hotels are centered around Old Town, with a few cheaper outliers. If staying there, good access to many of our Wroclaw running routes. See VisitWroclaw.eu for accommodations.

Runnersclub.pl is the main running store in central Wroclaw, offering a good variety of running gear.

There are numerous other outlets of major shoe/apparel companies, several of them in a shopping cluster west of the city.

Pro-Run Wroclaw is the area’s top sporting group, though there seems to be several smaller unofficial enclaves about the city.