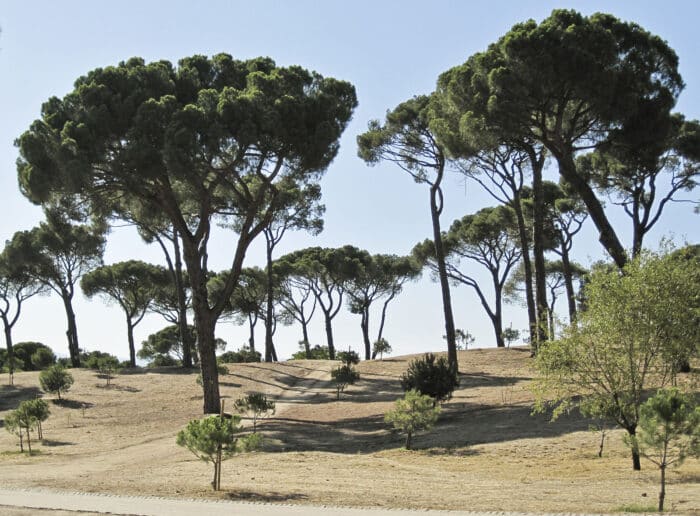 The Dehesa de la Villa is a nice-sized park just to the north of Madrid University. There are several km of mainly forested dirt paths that offer some good workout options, owning to the hilly terrain and the stationary exercise equipment along some of the paths. A  loop around the park is ~5 km, but it’s best to create your own route!. Don’t miss the Mirador (lookout point) which has some great views over the city. Note: A good option on a hot day, as the paths are mainly wooded!

Longer Run: the adjacent campus of Madrid University has some pleasant paths and sections for running. Can also combine with Parque del Oeste, which is just south of the University!