Palavas-les-Flots Area And Other Beach Running 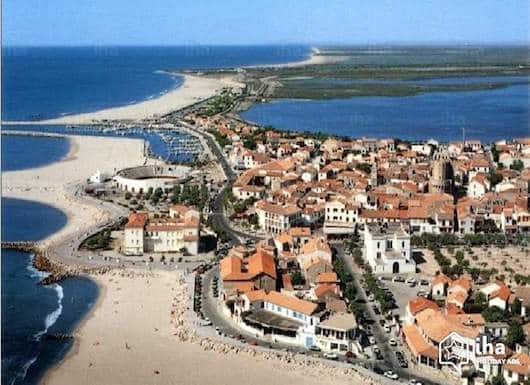 There’s a series of beaches, lovely oceanside parks and preserves resorts located 15 km south of Montpellier, with Palavas-les-Flots as the anchor town. We’ve put together a separate post featuring a scenic running tour of Palavas-les-Flots. Additional recommendations in the area:

Beach Running: There are some lovely beaches in the area. The widest and best for running (firm sand near the water) are east of Palavas-les-Flots. An especially bucolic beach for running is in Saintes-Maries-de-la-Mer, with several km possible, especially heading east. There are pretty roads for running in the area, near the Camargue regional park.

Road Running. A nice paved promenade along the beach runs along Boulevard Sarrail for ~1 km. The main road along the beach in Palavas-les-Flots, Avenue Saint-Maurice, is not that pleasant for running (beach mostly blocked by buildings), but there’s a bike path along the D62E2 road, which has some nice water views in sections.

Off-Road Running. Just west of Palavas-les-Flots, there’s a long road/path along the Canal du Rhône à Sète that goes for several km, as well as some scenic roads along the water in the area of the Cathédrale de Maguelone. See also our Mireval and Villeneuve Reserves route.

Mireval and Villeneuve Reserves and Saltlands

Extensive running options around marhlands, former salt mines, and a series of canals and waterways. The area... more...

A run anchored by the southern part of the Lez River in Lattes is a nice loop,... more...