A Guide to the Best Places to Run in Bern 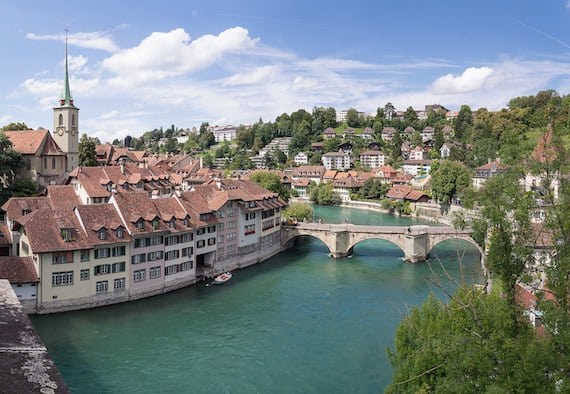 Bern is the capital of Switzerland and gateway to the Alps. It’s a an attractive, recreation oriented city, sitting on a hilly peninsula surrounded by the Aare River. The Inner District, which contains the Old Town, sits 60m below the Kirchenfeld area on the east side of the Aare. There’s wonderful running in Bern, ranging from extensive river paths to numerous parks and wooded preserves. Trail running options abound as one heads toward the Bernese Alps, 20 km to the south. Note: Brücke=Bridge, Wald=Woods.

The best places to run in Bern center around both the Aare River, with paths on both banks heading north and south of the city. River paths also lead to signature parks such as Tierpark and Elfenau. Our ‘runseeing’ tour explores the UNESCO designated Old Town, as well as the museum district of Kirchenfeld. Another great run is around the extensive grounds of the iconic Paul Klee Museum. For some wooded trails, the Bremer Loop in Bremgartenwald is popular, as is running in the Reichenbachwald. For some pastoral and hilly trail running, take the funicular to the summit of Gurten, Bern’s ‘local mountain’, only 3 km from the city center.

Bern has an an excellent system of buses and trams, with trains leading further afield. Nearly all of our Bern routes are accessible via transport. Note that there can be snow and colder temperatures in winter, affecting surface conditions and some of the trails.

Some of our favorite runs in Bern, Switzerland

A classic European river run, although this one is especially charming. The 7 km loop, on the... more... 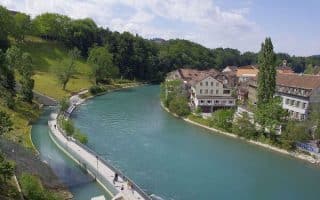 A classic European river run, although this one is especially charming. The 7 km loop, on the dedicated Uferweg on both sides of the river, is quite pastoral, with water views, pretty homes, and mountains in the distance.
Explore 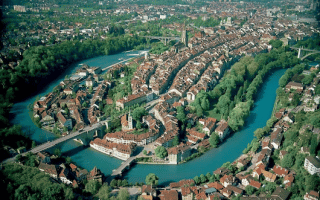 The southern section of two great routes along the Aare River. This 7.7 km loop heads south to Eichholz state park, passing the Marzili pools and Schönau sports complex, returning on the eastern side. Can combine with north loop.
Explore 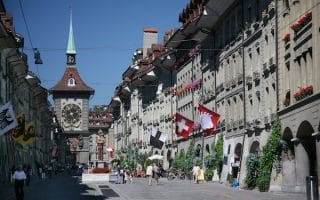 A nearly 10k 'runseeing' tour of central Bern, including the Inner City (Old Town), with its main squares and fountains, Weisses Quarter, the affluent Schwarzes Quarter, and the Kirchenfeld (Museum District).
Explore 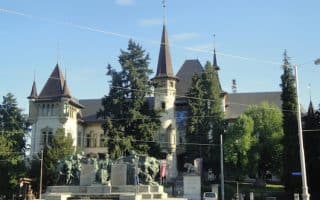 Two, non-overlapping routes: a tour of the Kirchenfeld ('Museum District'), including paths along the river and the Tierpark, and a longer route that includes the Klee Museum grounds, the pastoral Murifeld, and Elfenau Park.
Explore 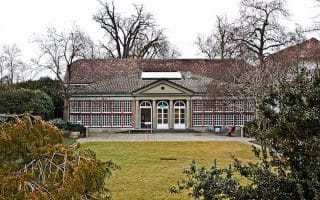 A pleasant run on through a couple of pastoral parks on the eastern side of the Aare, with an option to return along 'Embassy Row'. Elfenau Park is especially pretty, with paths through woods and around fields
Explore 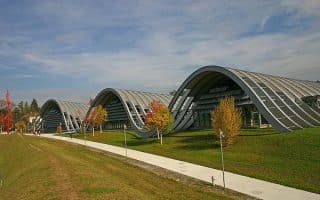 A loop around the lovely grounds of the impressive Paul Klee Museum, the large lawns of the adjoining Kleine Allmend Park and Grosse Allmend Park, and ending at the Wankdorf sports complex, which has a great track!
Explore 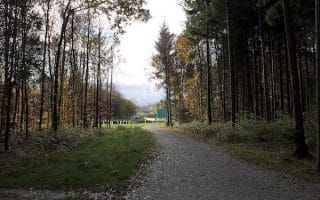 Bremgartenwald is a fantastic spot for a wooded trail run, only 3 km from central Bern. There's a series of marked, color-coded jogging loops from 1.9 km to 17.3 km. Wide paths through the woods with generally good footing.
Explore 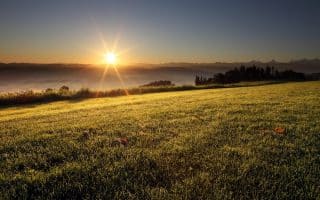 Fantastic trail running for all abilities on Bern's local mountain, easily reachable by streetcar. Take the funicular to the summit to access 6 marked routes, ranging from a loop around the summit to various ascents/descents.
Explore

A lovely spot to run just north of Bern, combining the wooded trails of the Reichenbachwald (Reichenbach Forest) with some paths along the river. A couple of short ferry crossings make it an adventure! Longer options possible.
Explore

A classic European river run, although this one is especially charming. The 7 km loop, on the dedicated Uferweg on both sides of the river, is quite pastoral, with water views, pretty homes, and mountains in the distance.
Explore

Fantastic trail running for all abilities on Bern's local mountain, easily reachable by streetcar. Take the funicular to the summit to access 6 marked routes, ranging from a loop around the summit to various ascents/descents.
Explore

Bern has a humid, continental climate, with pleasant, mild summers and cool winters. Summer is lovely, with average high temperatures of 24C (75F), though the nights can cool down — bring a layer! Winters are cool but not cold, with high temperatures just above freezing (3C, 37F) and lows dipping to -4C (25F). There is snow, but not abundant, averaging only 53cm (20 inches) annually, though there is substantially more in the mountains nearby. Precipitation averages 1,000mm (41 inches) per year.

There are two independent running stores in Bern: Gerbersport, south of the city, and the more centrally located 4feet.

There are also several outlets of SportXX in Bern.

There are running groups and group training led by Gerbersport. Info.

This link, from the Bern tourism office, has a list of signature running events in Bern. Some of the key events: