A Guide to running in Perth 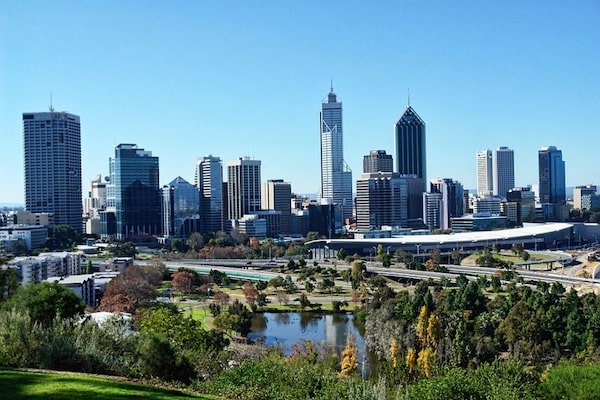 The largest city in Western Australia and Australia’s fourth most populous, Perth rises out of the vast Western Australian desert like an oasis. Perth is one of the most isolated cities on earth — it’s closer to Jakarta that it is to Australia’s capital, Canberra. The city’s setting on the Swan River, and tucked between the Indian Ocean and the Darling Scarp, make for very scenic running options. Running in Perth centers around the 25 km of path along the river, numerous parks and “bush” paths (trails), and some lovely coastal running just to the west of the city. Note: If you’d like to have a guided running experience in Perth, we highly recommend our affiliate partner Go! Running Tours.

The best places to run in Perth take advantage of the photogenic Swan River, including the popular Bridge-to-Bridge run. Routes along Claisebrook Cove and Matilda Bay are additional waterfront options. Two great parks for running are the centrally located Kings Park, and Bold Park/Reabold Hill, which is hillier and features spectacular views. We also love the loops around Lake Monger and Herdsman Lake A great destination run is the path along Cottesloe Beach. Some great trail running can be found in the Helena Valley, which options for more moderate or challenging loops. To get the heart rate up, be sure to run the stairs of Jacobs Ladder, near Kings Park.

Perth has a good system of buses, trains and ferries. There is also a ‘Free Transit Zone’ for the Perth CBD, which has four high-frequency CAT bus routes. A SmartRider card is required to use the trains. Not also that summer weather in Perth can be very hot and dry, so take the right precautions!

Some of our favorite runs in Perth, Australia 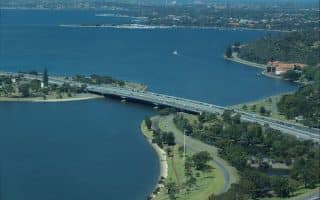 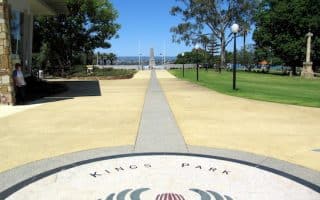 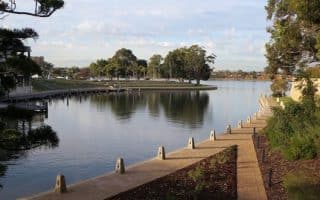 Along the Water | Multi-Use Trails | Parkrun
Another opportunity for some pleasant running along the Swan River, just north of the main Bridge-to-Bridge route. Pass through several parks, with water view the whole way. Good add-on is across pedestrian bridge to Optus Stadium.
Explore 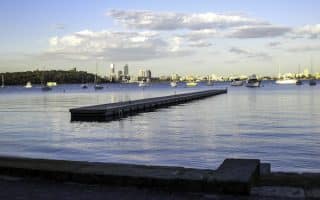 Along the Water | Universities
A lovely waterside run along the Swan River, west of the city. The route follows the bay for 5+ km south from Elizabeth Quay to the Royal Perth Yacht Club, with paths the whole way. The University of Western Australia campus is a nice add-on.
Explore 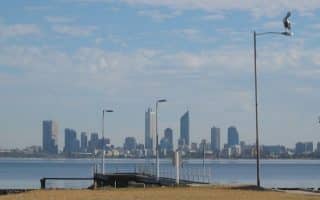 Along the Water | Gorgeous Residential | Multi-Use Trails
Wonderful shoreline running along paved paths for 10 km in south Perth. One favored route is Applecross Foreshore, to the Jetty or Heathcote Reserve. Also nice riverside and residential running in the Mount Pleasant neighborhood.
Explore 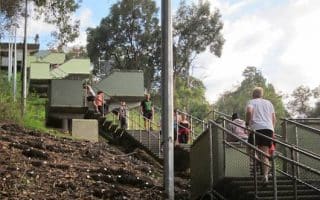 Great Views | Hilly
Some good hill running opportunities near the CBD and Kings Park. Jacobs Ladder is 242 steps, and popular with runners. For another hill, add on Mount St. For a longer run, Kings Park is adjacent.
Explore 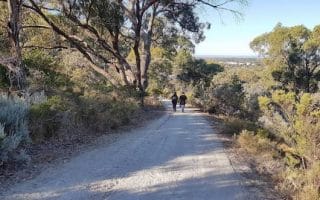 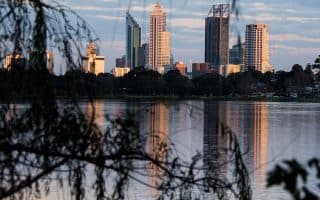 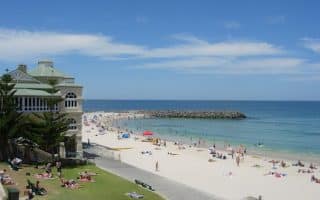 Along the Water | By the Beach | Parkrun | Seaside Promenades
Wonderful coastal running in this beach area located 15 km west of Perth and accessible by train. Our preferred route is an 8 km out and back to Fremantle, featuring waterside paths and trails. The beach is also runnable. Good options for more in the area.
Explore 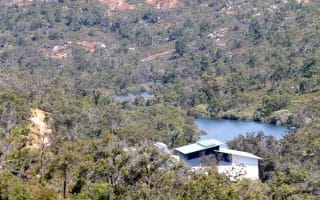 Hilly | Trail Running | Desert Runs
Good trail running in the foothills 20 km east of Perth. The undulating 23 km loop, elevation gain of 300m, has been used as a training route by some of Australia's champion runners. Some more moderate options too.
Explore

Perth summers are hot and dry with maximum temperatures frequently averaging in the 32C (90F) range between December and March, often spiking above 37C (100F).  However, most summer afternoons a sea breeze from the southwest drops the temperature to below 86°F (30°C) within a few hours, this is known locally as the “Fremantle Doctor”. Winters are mild with high temperatures averaging 16-17C (60-63F) and lows dipping to about 10C and rarely below freezing. Rainfall is fairly abundant in winter.

Keep on Running is located in the suburb of Floreat.

For group runs, check out https://perthurbanrunners.com/

A group leaves from the carpark at the end of Helena Valley Road at 6:30am in summer and 7am in winter.