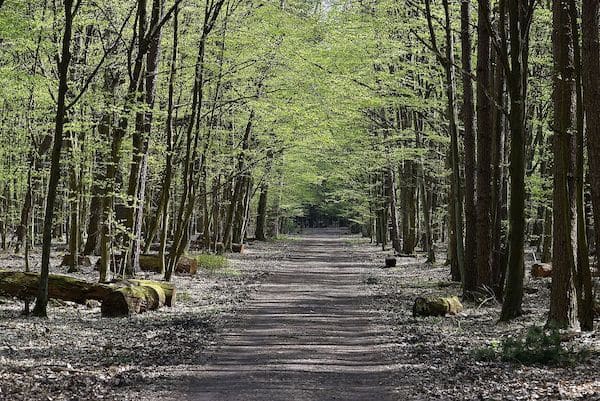 Also known as Kabaty and officially marked as a nature reserve since 1980, the 900 hectare (2,200 acre) park is 14 km south of Warsaw and reachable by subway. The forest is home to owls, kestrels, deer, boar, foxes and the European Tree Frog.  The reserve has an unfortunate history as a site of mass graves from World War II and was a hideout of Polish Army soldiers during the war. It is officially known as the Stefan Starzyński Kabaty Woods Nature Reserve.

There are many trails within the park that are great for running. It is best to design your own route. The reserve is generally flat.