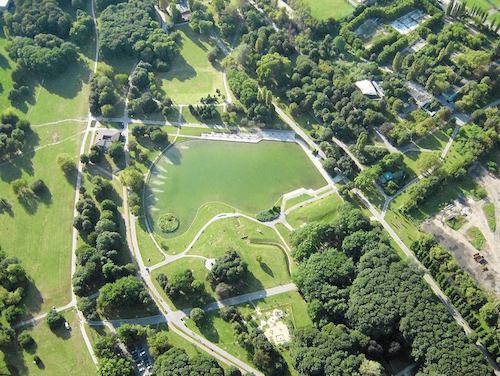 Mokotowskie Field is a good park for running in the Mokotów neighborhood of Warsaw. There are 70 hectares (170 acres) of vegetation, with several paved and dirt paths for running and other activities. The Polish National Library is inside the park, and the area is famous for its bars.

It’s about 4 km around the paths, including the small park section on the other side of Aleja Niepodległości. There’s a small reservoir. This park can also be combined with some of leafy side streets of the Old Mokotów area, just to the south, Łazienki Park, just 1 km to the east, and paths in several smaller, adjoining parks just to the north of Łazienki Park.