Set on Lake Ontario, Toronto is the fourth largest city in North America. It is a very cosmopolitan, diverse city, with a great arts and culture scene. Many travelers to Toronto will stay downtown, where there are many large office & apartment buildings, and numerous hotels. Note that Toronto is a very spread out city, with large suburbs and bedroom communities. Our guide to running in Toronto includes numerous routes in and near the downtown core, highlighting the waterfront and some larger parks and trails. We’ve also researched numerous places to run in the suburbs of Etobicoke, Mississauga, and Scarborough, where there are wonderful waterfront paths and linear park trails.

The best places to run in Toronto center on the lakeshore, anchored by the iconic Martin Goodman Trail. There are also good linear parks and trails near downtown, such as the Beltline and Don River trails. We’ve also recommended several attractive residential neighborhoods for running. Another running favorite is The Island — a 15 minute ferry ride from downtown. East of town, there’s terrific running in The Beaches, and under white lakefront cliffs in Scarborough. West of town, Etobicoke and Mississauga have some excellent running options.

Toronto is a geographically large and spread out city. Major ‘business traveler’ suburbs include Mississauga and Etobicoke. There is good public transportation, called the “TTC”. The subway runs within the downtown limits and to the north, and there’s an extensive bus system.

Some of our favorite runs in Toronto, Ontario 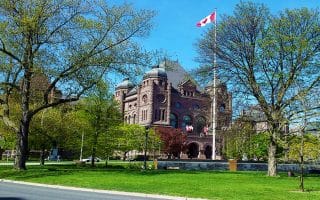 A 5-mile tour of downtown Toronto landmarks. Start at City Hall, and run by The Royal Ontario Museum, Queen’s Park, the Art Gallery of Ontario, and the University of Toronto.
Explore 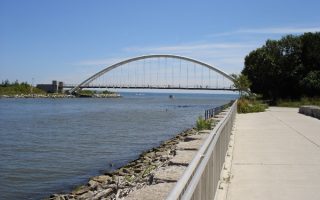 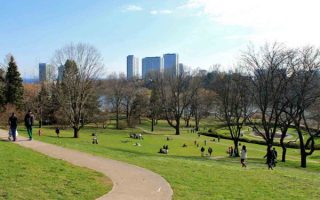 A wonderful 400 acre park just north of the lakeshore and Sunnyside Beach. There are lovely gardens, little bridges, ponds, and waterfalls, and some more secluded trails.
Explore

A linear park running about 8 miles through the northeast part of the city, connecting the neighborhoods of Rosedale, Moore Park, Forest Hill, Chaplin Estates, and Fairbank. The trail consists of three sections.
Explore 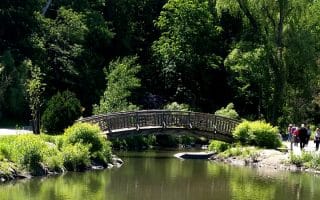 A popular area to visit in Toronto. A series of parks and trails provide a nearly 15 km run from the Botanical Gardens in the north to the Lakeshore in the south. Numerous connections to other parks and trails.
Explore 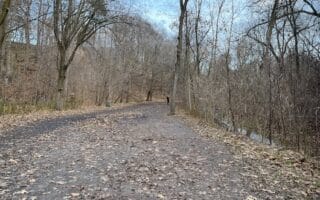 A series of trails running through a ravine in North Toronto, connecting Sunnybrook Park with the Alexander Muir Memorial Gardens in the west. Mainly wooded, and even some hill opportunities! Can connect to our Edwards Gardens/Lower Don route.
Explore 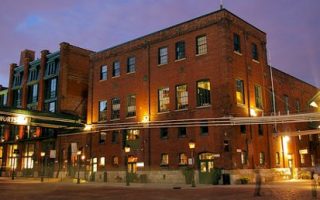 This is a good option slightly east of downtown. Enjoy a quick jaunt through the Distillery Historic District (fun shops, restaurants), and join the Lower Don River Trail in the aptly named Corktown Commons.
Explore 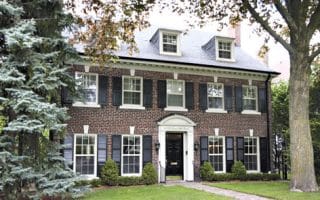 An overview of some of Toronto's pleasant residential neighborhoods in the midtown area: Forest Hill, and the Summerhill/Rosedale/Yorkville area.
Explore 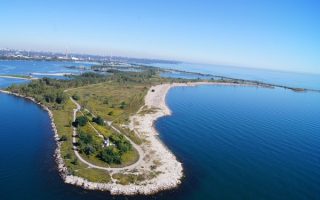 A fun residential community near the water about 3 miles east of downtown. There are some good running options here, including the Woodbine Beach Boardwalk, and the “Spit” out to the lighthouse.
Explore

A 15 minute ferry ride from downtown, the ‘Island’ is a great destination for runners, with numerous trail options. There are beaches, picnic grounds, a lighthouse, a disc golf course, gardens, and great views of the Toronto skyline.
Explore 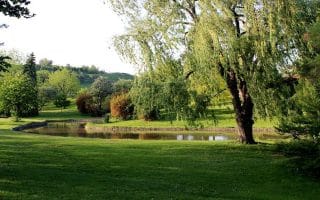 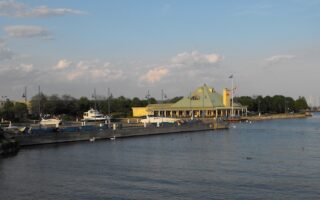 A 15 minute ferry ride from downtown, the ‘Island’ is a great destination for runners, with numerous trail options. There are beaches, picnic grounds, a lighthouse, a disc golf course, gardens, and great views of the Toronto skyline.
Explore

Toronto topography is fairly flat. The weather is continental. Warm, humid summers with long days, high temps 80F in July/August. Winters are cold, with average highs just below freezing. About the same as Chicago and not nearly as cold as Montreal, and not too much snowfall.

Toronto is a very spread out city. The core downtown area is bound by Bloor St. to the north, Bathurst St. to the West, the Don Valley Parkway to the east, and the waterfront to the south. There are many hotels downtown. Try to stay south of College or Queen for good access to the waterfront paths. There are some good hotel options to the west, toward High Park/Sunnyside Beach, but not much to the east of the Don Valley Expressway.

Below are hotels and options near Pearson airport.

Running Room. The leading Toronto running store chain with several locations all around the city and suburbs: North (York Mills), downtown (Yonge & King), Beaches, High Park.  List of stores and group runs. They also have an extensive series of route maps of various lengths from each store. MAP. Thanks here to Ed Mark, who is one of the Running Room’s ‘ambassadors’, for his help.

Sunset Shuffle. August. On The Island. Can get sold out.