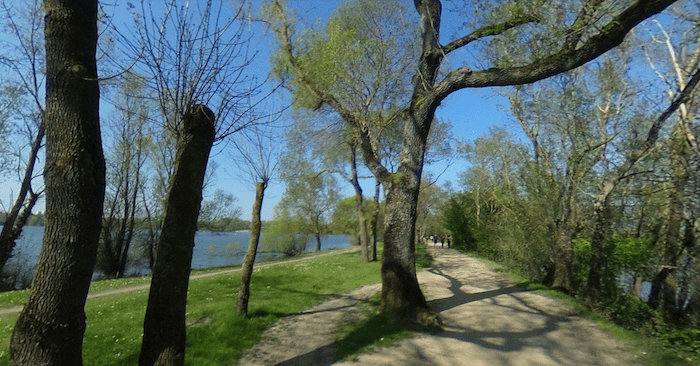 This scenic run in central Angers includes a loop of Park Balzac and the adjacent Lac de Maine (lake). Parc Balzac is a lovely European park, with bridges, walking paths, green spaces & canals overlooking the Maine River. One can do 3-4 km within the park. There’s a running track at the western end of the park. Paths then lead to Lac de Maine, which has paths leading around the ~5 km perimeter. The path on the south side is especially scenic, as it runs in between the lake and the river. Combining the two is 8 km, though there are great add-on options.

Add-Ons: Paths along the Maine River extend north or south. There’s also a nice run of up to 8 km through the wooded Saint Nicolas park, which has nice jogging trails and occasional glimpses of the narrow Brionneau River.