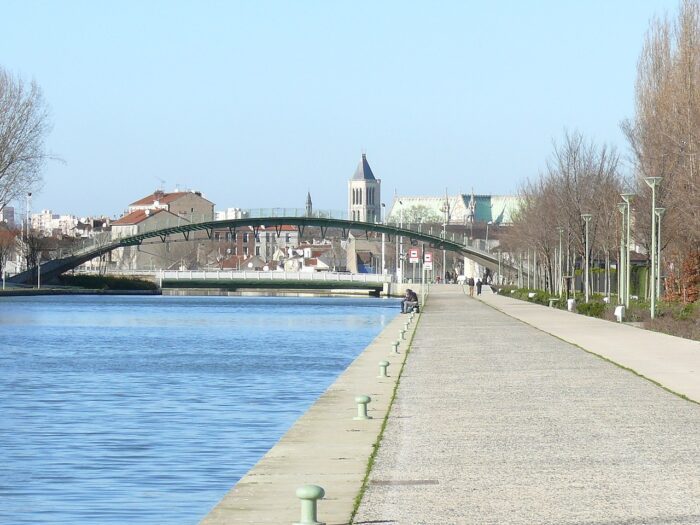 Saint Denis is a former industrial suburb situated 9 km due north of Paris. It’s known for its basilica and football team. Running highlights include routes along the Canal Saint Denis and nearby parks.

Parc Départemental Georges Valbon: Perimeter loop: 10 km. Elev. Gain: 80m
On the east side of Saint Denis, the Parc Départemental Georges Valbon is a lovely landscaped space with a diversity of paved and dirt trails. There is a lot for runners to explore here, from ponds to sculpture art. From the park entrance on D114, a generous perimeter loop is about 10 km. ROUTE MAP.

Parc Butte-Pinson: Perimeter loop: 2.5 km (1.5 miles), with additional options
Where the communes of Villetaneuse, Pierrefitte-sur-Seine, Montmagny, and Groslay converge, Parc Butte-Pinson is a 114 hectare preserve with both hard surfaced paths and a shady hiking trail. A loop about the grounds is 2.5 km, though there are more trails to the north surrounding the Butte-Pinson fort. ROUTE MAP.