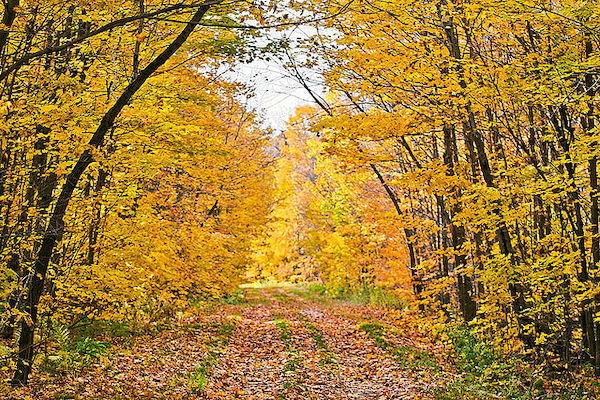 If a country flag’s symbol is a maple leaf, then it’s going to have beautiful places to run in autumn. Here’s a list of our 20 favorite foliage runs in Canada, with a focus on areas you’re likely to be passing through a canopy of dazzling color, or routes with particularly special views. The list below is in organized from east to west. Note: due to Canada’s latitude, plan on peak foliage being as early as late September in prime areas. 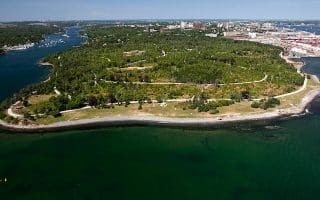 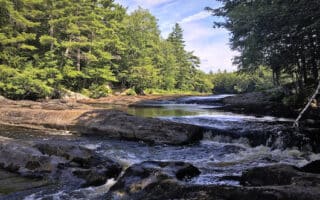 Huge national park in the center of the province. There are trails for runners of all abilities, including several multi-use trails of moderate length. The park is also popular for canoeing, camping, hiking, and swimming.
Explore 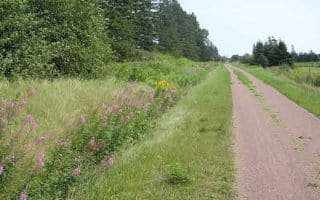 A 'rail trail' running across the entire island east-west, with branch trails to popular spots. Stone dust surface, well signed & maintained. Detailed maps with segment distances, and recommendations on the most scenic sections for running.
Explore 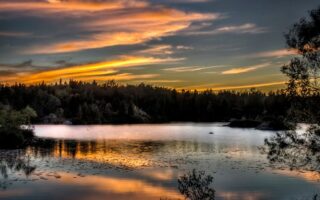 One of the largest municipal parks in Canada, and the go-to spot for recreation in Saint John, is Rockwood Park. More than 50 km of paved, stone, and dirt trails to choose from.
Explore 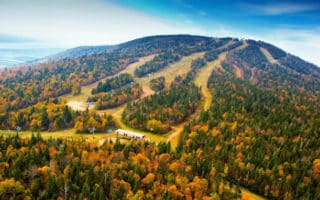 30 minutes from Quebec City, this is a great trail running destination in summer. There are trails for various abilities: a gentler run to the summit, a loop around a lake, summit ridge trails, and a waterfall trail involving 400 steps.
Explore 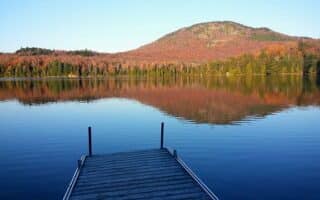 This large provincial park is one of the premier outdoor recreation destinations in the Eastern Townships. 80 km of trails, with something for runners of all abilities. Easier options are the Des Trois-Étangs Loop & the La Cavalière bike path.
Explore

The iconic Montreal run. Mount Royal defines the city, and this Olmsted-designed park offers numerous trail options, including a run to the summit–accessible from downtown!
Explore 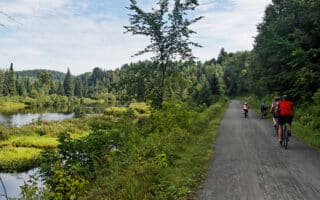 Choosing a section of the P'tit Train du Nord is the signature run in the Laurentians. This 230 km multi-use path is a major recreational facility, popular for biking, running, and XC skiing. We've mapped the whole trail and recommended particularly scenic sections.
Explore

Gatineau Park is a great destination if you have time. There are several lakeside beaches, and more than 100 miles of paved and unpaved trails for walking and running.
Explore

A linear park running about 8 miles through the northeast part of the city, connecting the neighborhoods of Rosedale, Moore Park, Forest Hill, Chaplin Estates, and Fairbank. The trail consists of three sections.
Explore 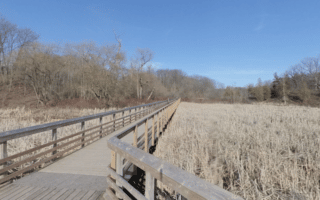 A scenic, off-road run in Burlington's Hendrie Valley -- a combination botanical garden, arboretum, and preserve. Our 8 km out and back is on trails leading through featuring forested slopes with towering trees, marsh, and four creeks.
Explore 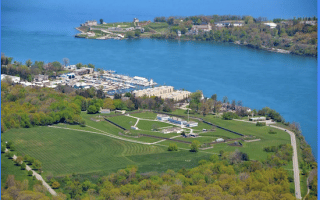 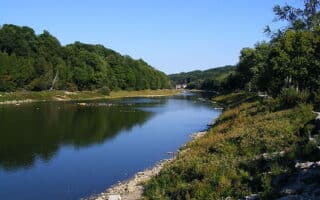 Combine the Thames River with trails in these two riverside parks. Nice mix of riverside paths and undulating inland paths through fields and woods. The London Pacers running club has mapped 10k and 5k routes, including a popular 5k cross-country course.
Explore 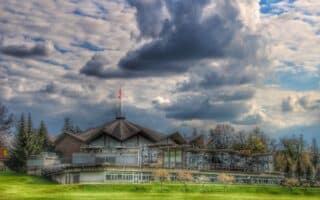 A popular visitor destination, known for its Theater Festival. The signature running route is along the Avon River and around Queen's Park. There's also decent running on the area's residential streets and extensive farm roads just outside town.
Explore 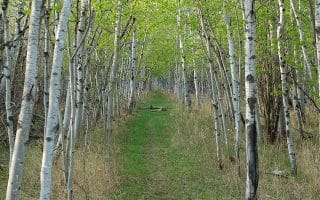 Just south of Assiniboine Park, this regal stand of oak and aspen is one of the largest urban nature parks in Canada, and a perfect spot to escape the city crowds and spend some quiet time in the great outdoors. Paved, boardwalk, and woodchip terrain.
Explore 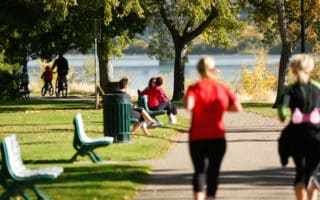 The Meewasin Trail along the South Saskatchewan River is the signature run in Saskatoon. Paved and gravel paths, numerous parks, and river views. We've mapped a 'north' loop, a 'south' loop.
Explore

Fish Creek Provincial Park, 10 miles south of downtown Calgary, is among the largest urban parks in Canada, stretching 12 miles from east to west. The park features 50 miles of trails, of which 19 miles are paved.
Explore 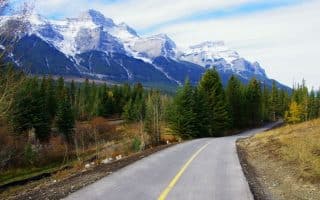 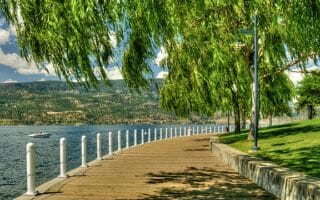 Okanagan Valley, BC (Osoyoos to Vernon)

One of our favorite routes in the Okanagan. Attractive path along the waterfront, with great views of Okanagan Lake and the surrounding mountains. Festive, fun, and flat. A perfect 10k from City Park to Poplar Point and back.
Explore 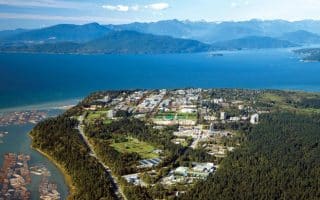 On the western shore of Vancouver, the University of British Columbia (UBC) is one of the most spectacular academic settings in the world. Enjoy some running on the leafy campus and the huge wooded park adjoining.
Explore 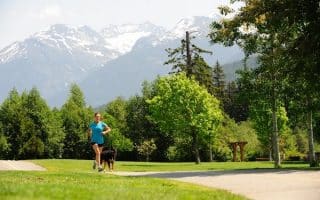 A 40 km paved muli-use trail that's a great off-road connector to the major parts of Whistler. Some of the best sections for running are Alta Lake to Alpha Lake, Rainbow Park to Meadows Park, a loop around the golf course, and along Green Lake.
Explore